"KRYPTAGLOW INSTALLED FOR TWO YEARS IN

A HEAVY TRAFFIC AREA THEN PICTURE WAS TAKEN"

The IBC codes have been altered recently following the WTC investigation by NIST. This means more stringent safety precautions apply to buildings and their evacuation systems and egress systems:

Future buildings—especially tall structures—should be increasingly resistant to fire, more easily evacuated in emergencies, and safer overall thanks to 23 major and far-reaching building and fire code changes approved recently by the International Code Council (ICC) based on recommendations from the National Institute of Standards and Technology (NIST). The recommendations were part of NIST’s investigation of the collapses of New York City’s World Trade Center (WTC) towers on Sept. 11, 2001.

The changes, adopted at the ICC hearings held Sept. 15-21, 2008, in Minneapolis, Minn., will be incorporated into the 2009 edition of the ICC’s I-Codes (specifically the International Building Code, or IBC codes, and the International Fire Code, or IFC), a state-of-the-art model code used as the basis for building and fire regulations promulgated and enforced by U.S. state and local jurisdictions. Those jurisdictions have the option of incorporating some or all of the code’s provisions but generally adopt most provisions.

“We applaud this historic action by the ICC—and the tremendous effort by NIST and its WTC investigation team that led to it,” said Commerce Secretary Carlos Gutierrez. “The lessons learned from the tragic events of 9/11 have yielded stronger ibc codes and fire codes for a new generation of safer, more robust buildings across the nation.”

The new ibc codes address areas such as increasing structural resistance to building collapse from fire and other incidents; requiring a third exit stairway for tall buildings; increasing the width of all stairways by 50 percent in new high-rises; strengthening criteria for the bonding, proper installation and inspection of sprayed fire-resistive materials (commonly known as “fireproofing”); improving the reliability of active fire protection systems (i.e., automatic sprinklers); requiring a new class of robust elevators for access by emergency responders in lieu of an additional stairway; making exit path markings more prevalent and more visible, and ensuring effective coverage throughout a building for emergency responder radio communications.

For more information and details on the code revisions, see “Safer Buildings are Goal of New Code Changes Based on Recommendations from NIST World Trade Center Investigation” A chart tracking the progress toward implementing all of the NIST WTC recommendations, may be found at http://wtc.nist.gov.

The following are the 3 model building ( IBC Codes ) and fire code changes consistent with the NIST WTC investigation recommendations now required by the I-Codes (changes displayed in italics are ones that were approved at previous ICC hearings and incorporated at the Minneapolis hearing into the 2009 I-Codes): 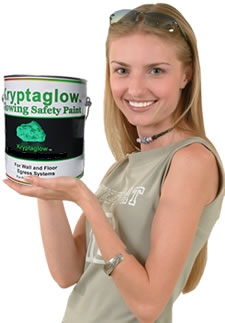 We have the best prices for
industrial paints in the country!

Lighting The Way To Safety At 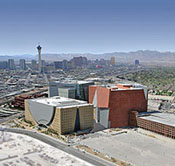 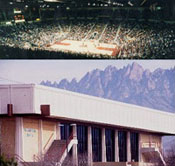